Moby is a real showman. From an early age he loves showing. His proud attitude, cheerful and naughty character and his intelligence makes him a super showdog. The show results speak for themselves. At an age of only 4 months he won BIS Baby on the SGT-show. On 7 months age he did it one more time,  he won BIS Puppy on the int dog show in Arnhem. Two years later, he did a great job again. In Arnhem he became Dutch and Int Champion and Best of Breed. He won Group 9 and was Res Best in Show over 1800 dogs. Our dream came true. We love our little showman.

Moby is DNA-(A)  by parents 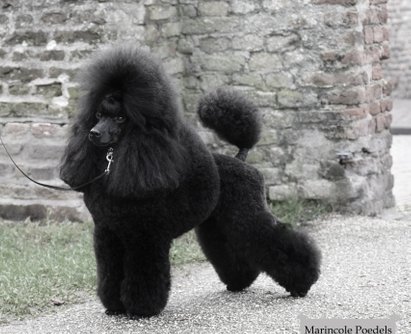